After dinner last night, I slipped into my car and headed for Michaels.  It was already 8:10, so I would have less than one hour to arrive at the arts and crafts store and complete my shopping list.  At 8:15 I looked out my windshield and windows, and saw.  I saw.  I hadn’t seen the beautiful sky in so long.

The day that Danith and I were in the hospital waiting for the medication to kick in so that my body could deliver our stillborn Daffy, we were assigned a room where the top half of one wall was comprised of all window.  I lay in the bed and looked out it, and a little while later, Danith vocalized my thoughts.  How appropriate that the sky was an ash gray and that the clouds hung heavy and low.  How could it be otherwise?  How could the world rejoice on the day of our daughter’s passing?

In the days that followed, the sky continued to mourn and grieve with me.  In the weeks that followed, friends and coworkers exchanged pleasantries with me.  How are you feeling?  It’s a beautiful day, isn’t it?  The questions were difficult to answer.  Along those mundane, superficial questions, sub-questions were asked by me, requiring the answers to come from only me.  Do these people care to know the truth?  Do they want to know the truth?  Would the truth make me sound weepy?  Would the truth compel them to think that I was wallowing in sorrow?  If I lie, though, would they conclude that Daffy didn’t matter?

The truth was that the day was not beautiful.  Why did it matter that the day was clear, the sky was a light blue, and the sun was out?  Did it change anything that the hot afternoon was mitigated by a cool breeze?  How could the day be beautiful just because neighbors were wearing shorts and walking their dogs and pushing their baby strollers?  Would a sunny, warm August afternoon bring back our baby girl?  Although I can’t remember the details well, I believe I told a friend or two, “No, the day is not beautiful.  And who cares if it’s beautiful.”

A pregnancy after baby loss does not help to lift the clouds.  I was grateful to be carrying Kiri, but I also felt guilty for having gotten pregnant again so soon.  I feared that Daffy would think that I had forgotten her.  I feared that the world would make the same mistake.  And the fears compounded even further: would we lose Kiri, too?

And we did lose Kiri, too.  One year and four days after having lost his sister, our baby boy died.  After Kiri’s passing, I didn’t engage in as many internal interrogations when I carried out small talk with well-meaning friends and coworkers.  Yes, it’s a beautiful day.  Yes, the snow was beautiful last night.  Yes, I hope the warm weather will come soon.  It was easier to let the truth live undisturbed in my head.  The day was just a day.  It will soon end, and another one will begin.  This has gone on for many, many years.  Nothing about it is special.  This blue sky that everyone is gushing over is just one in a million of blue skies.  They will see another one probably tomorrow or the next week.

For 21 months, each day ended, and another one began.  And I knew this cycle would continue.  But something yesterday was different.  The sky yesterday was different.  It was already 8:15 in the evening, but it was still light outside.  The sky was clear and a pale hazy blue, almost whitish.  The air was thin, and the breeze was soft.  It was a quiet and lazy time in the evening, and no driver in the cars around me was in a hurry.  Everyone and everything, it seemed, was at peace.  My heart was calm, and my chest was a little less heavy.  It was a beautiful day, indeed, and I didn’t think that our babies minded that I clearly saw it as such. 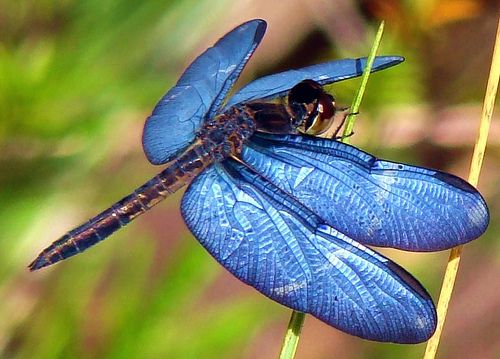